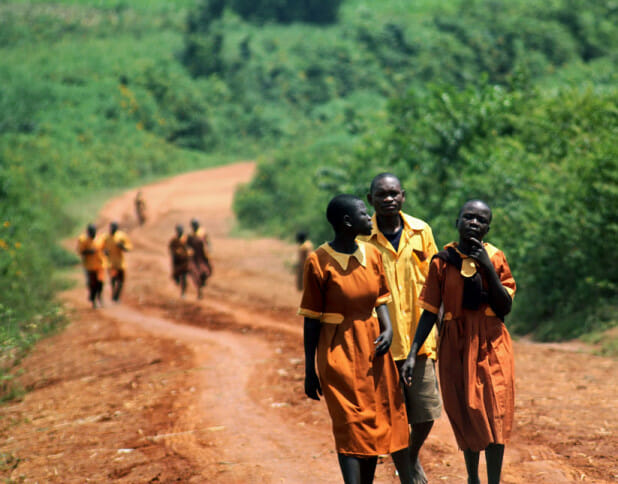 Miriam is 15-years-old, and she lives at a children’s home for orphans just outside of Eldoret. A few years ago, when I visited the home, her guardians at the home asked me to take a look at her because she had been coughing for some time.

I brought her to the AMPATH clinic for testing the next day, and my fears were confirmed. Miriam’s HIV test was positive. Thus began Miriam’s start on life-long treatment for HIV.

I once told Miriam how sorry I was that I had to tell her she had HIV. That had been a hard day for me, when I looked into her eyes and told her that the same virus that had killed her parents, the same virus that claimed the life of her older sister, also lived in her blood. I felt as though by saying it, I had made it true. Sometimes, as a doctor, I feel deeply responsible for all that goes along with the diagnoses I give.

“You should not be sorry,” she responded. “I knew that my body was dying. You were the answer to my prayers that there would be a way for me to become strong again.”

Miriam has, indeed, become strong again. She has gained weight and a few more inches in height. If you looked at her among the 20 girls in her dormitory, you would not be able to pick out which girl has HIV. Miriam does not usually miss school any more, except for the times when she has to come to the clinic.

She tells me she takes her medicines for HIV faithfully — except for those times when she does not want anyone else in her dormitory to see her taking the medicines. She tries hard, and she is taking more and more responsibility for her medicines. I worry, thought, that those missed doses could eventually hurt her health and allow her virus to grow resistant the medicines.

My work here – all these grant applications and meetings and data analyses – still focuses on figuring out what would work to help adolescents like Miriam take their HIV medicines better. Yesterday, I gave several presentations at a national meeting in Nairobi on Children, Adolescents, and HIV.

Over and over again, I found myself struck by — and repeating — the same message: For Miriam and the hundreds of thousands of children growing up with HIV, we need to find better ways to help them get through adolescence and into adulthood as strong and healthy as possible. We want them to live and thrive. We don’t want the virus to keep spreading to other people. We need to find ways to help them with the medicines over the long haul.