No comments by Rachel Vreeman on November 23, 2015

We will celebrate Ethan.

Ethan is 18, and he has been living with HIV since he was born. For the first years of his life, he was sickly and small. Every day, in the silence of her heart, his mother wept for him. She was sure that this son who was sick again and again would not live.

Ethan’s mother wanted the world for him. Silently, she begged God to save him, to spare him, to let him grow up and know love and happiness and find his way.

After years of watching her son get sick over and over again, there came a day when she was given a new test result. The doctors had tested Ethan for HIV and they found that he was HIV-positive. This meant that Ethan’s mother was positive too. She carried in her blood this virus that threatened to kill them both.

This was the worst day — and the best day. Because finally getting that diagnosis meant that the doctors knew what to do for Ethan at last. He was started on the HIV medicines that could restore his body’s protective immune cells and prevent him from getting sick again and again. Ethan began to grow. He became his mother’s strong and laughing boy. Slowly, she began to have hope again.

Ethan has done extremely well on his HIV medicines. He graduated from high school this year, and he was the star of his school’s soccer team. He loves soccer, but even more, he loves the youth of his community. His passion is to help other kids who are growing up with HIV to know that HIV is only part of the story of who they are — that they can still growth and thrive and dream. 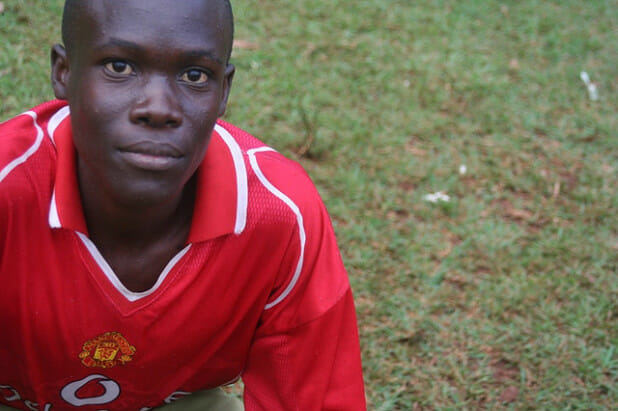 “I will always do all I can to support those in need of care,” he says.

In honor of Ethan and all of the world’s kids growing up with HIV, in Kenya, our Celebration in Red for World AIDS Day will include a youth soccer tournament in Eldoret, Kenya. We have 12 teams organized for the tournament, we have brand-new soccer balls and t-shirts and a full tournament line-up planned for December 1 — World AIDS Day. In between the matches, we have counselors and mentors who will be giving motivational talks and leading support sessions.

On this World AIDS Day, our children in Kenya will be laughing and shouting and playing their absolute best on the soccer field. Our children with HIV will be bright and shining examples of what it can look like to live with HIV when you have access to the medicines you need. They are the lucky ones; 2/3 of the world’s HIV-infected children do NOT have access to HIV medicines. 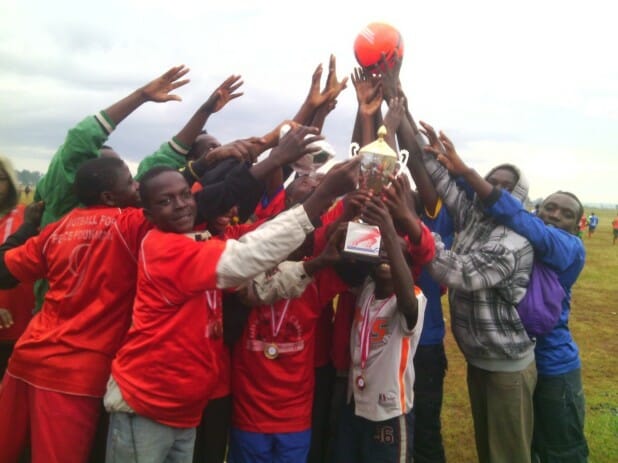